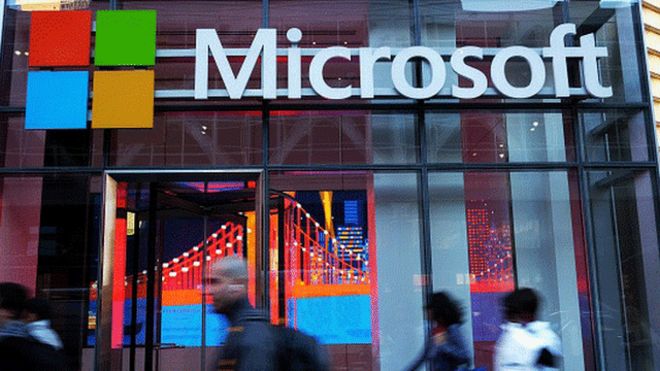 One of the world's largest independent tech support firms has been accused of routinely pressuring customers into buying software they do not need.
In a Washington State lawsuit, Indian firm iYogi is accused of using scare tactics to mislead consumers.


It is also accused of falsely claiming affiliation to Microsoft, Apple and HP.
The firm has denied the allegations, describing them as "false" and "baseless".
"While we are yet to receive the complaint through formal channels, based on our assessment of media reports we would like to firmly state that the allegations are false or baseless," said iYogi's co-founder Vishal Dhar in a statement to the BBC.
"We recognise that tech support frauds are a real issue in the US and, as a responsible industry leader, we have been working with authorities... to counter the issue."
He said that his firm would "do what is necessary" to see the case the case through "to its rightful end".
Attorney General Bob Ferguson alleged that "hundreds, if not thousands" of Washington residents had been affected by what he described as iYogi's "unfair and deceptive" tactics, which he claimed violated Washington's consumer protection and computer spyware laws.
He is seeking $2,000 (£1,340) in civil penalties for each violation of the Consumer Protection Act and $100,000 per violation for the Computer Spyware Act.
Microsoft's chief legal officer Brad Smith attended a news conference announcing the lawsuit and applauded the state for its efforts to "protect consumers from tech support scams that have reached epidemic levels in recent years".
He said that his firm had received more than 180,000 customer calls regarding tech support fraud.

Microsoft estimates that 3.3 million Americans lose about $1.5bn annually from tech support scams.
Such scams tended to disproportionately affect "the most vulnerable segments of our society", he said, adding that tech support scams "have become a scourge on the internet".
iYogi has more than 5,000 employees based at call centres in India. It says it serves more than three million customers across 11 countries.
As part of its investigation the Attorney General's Office (AGO) alleged that iYogi used the following tactics:
The AGO also offered advice to avoid tech support scams:
iYogi was earlier this year praised by US politicians when it set up a global centre in Maine, employing 300 people.
At the time, Maine Governor Paul R LePage said that it was "encouraging" that iYogi was outsourcing jobs to America.
Posted by Unknown at 8:08 AM

Email ThisBlogThis!Share to TwitterShare to FacebookShare to Pinterest
Labels: TECHNOLOGY