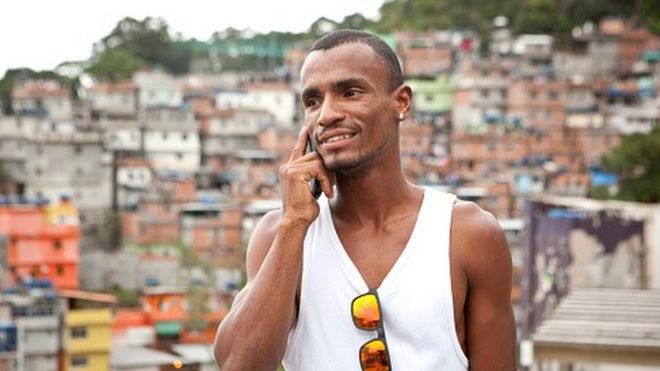 Mobile phone companies in Brazil have been ordered by a court to impose a block of the popular WhatsApp smartphone application for two days.


A court in Sao Paulo state made the order because it said WhatsApp had repeatedly failed to co-operate in a criminal investigation.
It is not clear if mobile companies will fully comply with the order.
Facebook owns the app. Its chief executive Mark Zuckerberg said he was "stunned" by the "extreme" ruling.
WhatsApp is reported to be the most used application in Brazil, with about 93 million users.
The TechCrunch website says it is used by 93% of the country's internet population and is especially popular among young people and the poor who take advantage of its free text message and internet telephone service.
It says Brazilians spend almost twice as much time on social media as Americans.
Brazilians have taken to Twitter to express their anger at the suspension but also to joke about how dependent they have become on WhatsApp.
WhatsApp chief executive Jan Koum said he was "disappointed in the short-sighted decision to cut off access to WhatsApp, a communication tool that so many Brazilians have come to depend on, and sad to see Brazil isolate itself from the rest of the world".
Mr Zuckerberg was also highly critical of the ruling.
"This is a sad day for Brazil. Brazilians have always been among the most passionate in sharing their voice online," he wrote.
"I am stunned that our efforts to protect people's data would result in such an extreme decision by a single judge to punish every person in Brazil who uses WhatsApp."

Impact of the WhatsApp ban - Paula K, a Brazilian living in London

The blocking of WhatsApp in Brazil is extremely disappointing.
In a country where mobile providers charge a fortune for a monthly plan - not to mention the high cost of making international calls - the use of WhatsApp for both texts and internet calls allows expats like me to keep a direct line with family, friends or even colleagues back home.
It's worth remembering that Brazil already has a high cost of living - services and products often cost the same price as they do in the UK - but people often only a about a third of the wage they would here.
One of my friends who works for one of the major mobile providers in Brazil said it was advising people to download alternative apps such as Viber and/or create a group on Messenger to keep the communication flowing over the next 48 hours.
Local media said the order to suspend the services was related to a drug trafficking trial in Sao Paulo State.
The court tried to get access to a suspect's WhatsApp messages but the firm refused to share them, Folha newspaper reported.
The court says WhatsApp failed to comply with judicial orders in July and in August.
Judge Sandra Regina Nostre Marques finally ordered the 48-hour shut-down on Wednesday, after finding out that WhatsApp had persisted in ignoring its rulings.
She said the suspension order was being made under terms of the country's internet legislation.
The move against WhatsApp comes as Brazilian phone companies have urged the government to restrict the use of free voice-over-internet services offered through WhatsApp.
The phone companies argue that the rise of WhatsApp has damaged their businesses.
Meanwhile other messaging services say they are benefiting from the temporary absence of WhatsApp.
One such company, Telegram, said on Twitter that more than 1.5 million Brazilian users had joined up since the court order was handed down.
Posted by Unknown at 7:38 AM