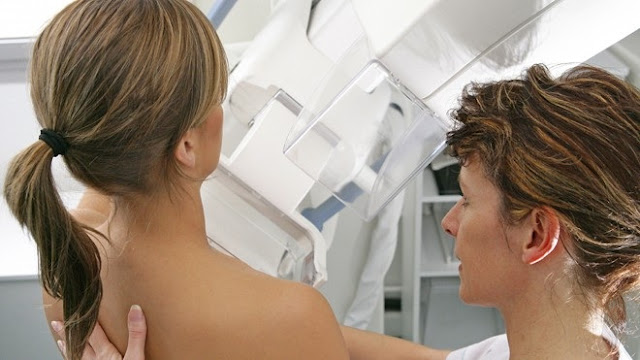 When Miriam Valderrama lost both breasts to breast cancer at the age of 40, she had to get used to seeing the scars of her mastectomy in the mirror on a chest she did not recognize.

"I didn't look at myself in the mirror and I didn't look at my scars," Miriam, who last week, eight weeks after her surgery, decided to get a tattoo on her chest and now feels 'delighted' with her body, told EFE.
The World Health Organization estimates that some 458,000 people die annually from breast cancer. In Mexico alone, the disease takes the lives of 15 women a day, according to estimates of the National Cancer Research Institute.
Besides enduring breast cancer, patients face enormous challenges in the process of recovery and reconstruction.
The "emotional burden" suffered by many survivors is exhausting, Dr. Roel Moyeda, a plastic surgeon who performs post-mastectomy breast reconstructions, told EFE.
A breast reconstruction can take from several months to a year, and in many cases, the women involved "are already very tired from so many operations" and never want to see an operating room again, which is why they settle for remaining scarred and "flat-chested," he said.
The tattoo helped Miriam improve her self-esteem, while her scars "were only a memory." A butterfly in a cherry tree now decorates her breast. "The tattoo relieved many pent-up feelings," the surgeon said.
Myranda Trejo Elizalde, the artist at the Garage Ink studio who tattooed Miriam, told EFE that she would like women "to understand there's a chance to see something beautiful in their scars" and that tattoos are "a kind of beauty" capable of covering their "war wounds."
Besides artistic and commemorative tattoos, a tattoo can emulate the nipple and its areola that "are unfortunately lost in most mastectomies," the surgeon said.
Moyeda and his team are currently working with tattoo artist Israel Suárez to recreate, free of charge, the nipple and areola on women who have suffered breast cancer. This year they have attended almost 50 patients and have several dozen more on the waiting list.
Suárez said that his job is "to work with pigments" in order to adapt the tattoo to the tone of the patient's skin. He uses solid colors, contrasts and light effects to give the tattoo a three-dimensional, realistic look.
"Whether they do it or not has no effect on their physical health," Moyeda said, "but in terms of emotional health...the feeling of being whole once again is a goal that can be accomplished 100 percent."
Miriam said her tattoo helped her see the cancer as a "chance to grow," and that taught her to "fight" with the help of her family.
She also noted the importance of raising awareness about breast cancer and its prevention, even for those with no direct background of the disease. "As women we run many risks, the thing is to deal with them in time," she said.
Posted by Unknown at 4:19 AM