Am I more likely to get cancer because I'm tall? 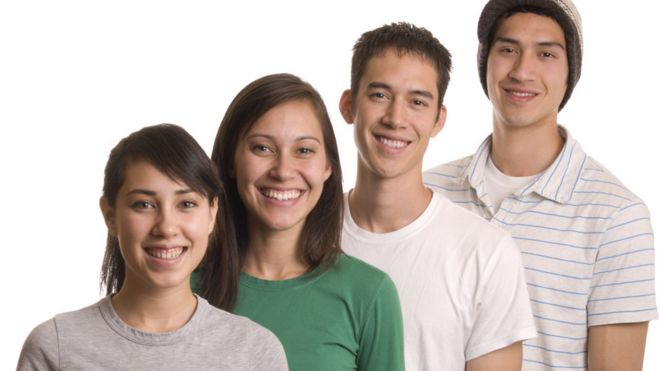 "Tall people more likely to get cancer", boomed the headlines, "Higher cancer risk for tall people". But how strong is the link between being tall and getting cancer - and what might explain it?
As a taller-than-average British woman at 5ft 8in (1.73m) I was keen to learn more about this story when it came out a couple of weeks ago.
Dr Emelie Benyi and her team at the Karolinska Institutet in Stockholm, had studied the records of 5.5 million Swedish people born between 1938 and 1991, and found that the risk of developing cancer increased by about 18% for every extra 10cm taller a woman is, above a minimum of one metre.
For men, the figure is lower - around 11% for every extra 10cm taller. And the increase in risk is different for different types of cancer - taller women had a 20% greater risk of developing breast cancer, while the risk of developing melanoma increased by approximately 30% per 10cm of height in both men and women.
All the news headlines were generated from a press release for a conference presentation about the results. But the full research paper has not been published yet, so it's not yet possible to appraise the methods that were used.
Did the researchers adjust the figures to take into account the fact that among those people whose records were studied there were some who were at greater risk of cancer because they smoked, or were obese? We don't know.
"I have no reason to believe there is anything seriously wrong with the research, but on the flipside there could be something seriously wrong with it," says Dr Vivek Muthu from the health section of the Economist Intelligence Unit.
However, we do know a correlation between height and cancer has already been established. One study in 2011 by researchers at the University of Oxford linked increased height in women with a higher risk of 10 different cancers.
But why should such a correlation exist?

More or Less: Behind the stats

No-one is certain, but there are a number of theories. One is the idea that it might be linked to human growth hormone.
But Prof Dorothy Bennett, head of the Molecular Sciences Research Centre at St Georges, University of London, says the explanation could be very simple - tall people have more cells.
"The bigger you get, the more cells you have," she says.
"A cancer develops from one single cell, so it's very plausible that the risk of getting a particular kind of cancer depends on the number of cells of that particular type that you've got."
Cancer Research UK estimates there is a roughly 50% chance of a person in the UK born since 1960 developing cancer.
With that in mind, and given that I am roughly 10cm taller than the average height for a UK woman - 1.62m (5ft 4in) - Benyi calculated that I have a roughly 16% higher than average chance of developing cancer in my lifetime. In other words, instead of 50%, it's more like 59% in my case. This is based on an assumption that the association between height and cancer is equal in British and Swedish women.
This sounded like bad news to me.
But Tim Cole, a professor of medical statistics at University College London, says there's no need for tall people to worry - especially as increased height normally means you're less likely to get other conditions, such as heart disease.
"Being taller suggests you've had a better experience, a more healthy experience in childhood," he says.
"The general rule is, the healthier you are in childhood, the more likely you are to be healthy later in life. There is a relationship with height - that you can [also] see with heart disease - which is related to inequality and social class."
So it's not all bad news for me.
And anyway, as Cole says, there is nothing you can do about your height, so "worry is not the right response".
Posted by Unknown at 8:21 AM