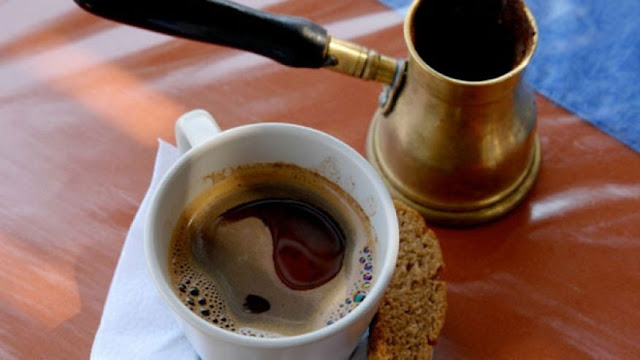 The conventional wisdom says that healthy people should drink about eight cups of water a day. But does coffee count toward that water intake?

One expert, Eric Rimm, a professor of epidemiology and nutrition at Harvard’s T.H. Chan School of Public Health, explains the difference between decaf and regular and why coffee is an excellent beverage choice.
—Heidi Mitchell
The Eight-Cup Myth
Professor Rimm says that there is no set amount of water a person must consume each day, because food itself contains a lot of water, and the body requires different hydration depending on how hot the climate is, how much people sweat and their body mass.
Water isn’t necessarily better than other beverages, “except for those high in added sugars, like a sports drink,” he says. Coffee is healthier than soda “for almost all health reasons,” he says, not limited to recent studies that show its ability to enhance memory up to 24 hours after the beverage is consumed.
Coffee can actually be a great alternative to water, especially when it’s unsweetened, because “it is almost without calories,” Prof. Rimm says. Coffee drinkers are gulping nearly all water when consuming black coffee.

Retaining More Water
Coffee has an unearned reputation for lowering water levels in the body, Prof. Rimm says. A study last year in England that included 100 male participants found that there was no difference in water retention between the 50 men who drank coffee and the 50 who didn't. It has also been documented that heavy coffee drinkers build up tolerance to the diuretic effects of coffee.
Posted by Unknown at 8:44 AM