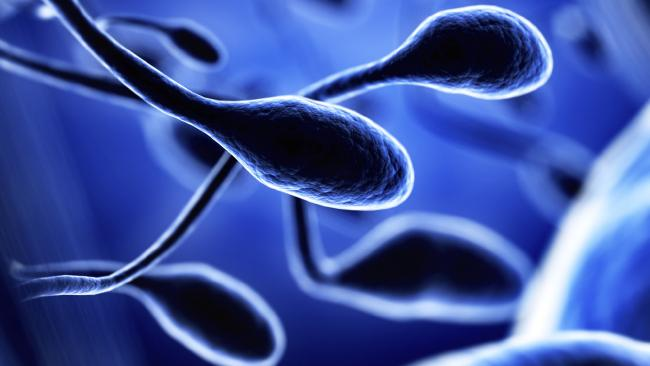 FRENCH researchers say they have patented a method to create sperm using stem cells harvested from infertile men — though they do not know if the lab-fabricated seed actually works.
On Thursday the team hailed their technique as a step towards solving male infertility, but admitted it would take several years before the “quality” of the sperm will be confirmed.
The method, patented in June, took 20 years to refine, said the researchers from Kallistem biotech company in Lyon, east France.
It involved recreating, outside the human body, the fluid in which seminiferous tubules — the tiny structures where sperm cells are formed in the male testes — can survive.
They used it to coax rat, monkey and then human sperm cells from spermatogonia, immature cells that become eggs or sperm. The process is complex, and takes about 72 hours.
The sperm are “morphologically normal” (normal-looking), the researchers said. It is not known whether the tiny cells are up to the job of creating babies.
The next step, the team said, is to try and give life to rats with rat sperm created using the method.
“We must see if the baby rats are normal, whether they are able to reproduce,” project member Philippe Durand told journalists in Lyon.
Then there will be a battery of tests with the lab-manufactured human sperm, to compare it to ordinary sperm, and finally clinical trials.
The work has not yet been validated through publication in a peer-reviewed science journal.
But the team said in a statement their work “opens the way for therapeutic avenues that have been eagerly awaited by clinicians for many years.” “From a testicular biopsy in these infertile men, the scientists will be able to obtain spermatozoa in vitro,” said the statement.
However, Nathalie Rives, an infertility expert from Rouen in northern France, cautioned: “We are not there yet”.
“Before this technique can find any practical application, it must be proven to work with (cells) from the testes of prepubescent boys and men who have trouble generating sperm,” she told AFP.
In August 2011, scientists in Kyoto said they had successfully coaxed sperm cells from mouse embryonic stem cells.