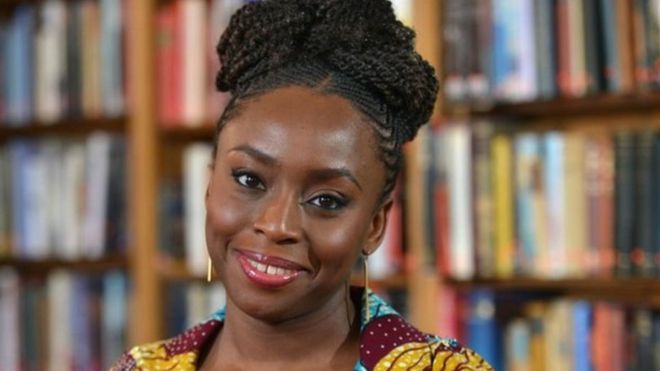 Chimamanda Ngozi Adichie's Half of a Yellow Sun has topped a list of the last decade's winners of the Baileys Women's Fiction Prize.
She won the "Best of the Best" award as part of the celebrations to mark 20 years of the annual £30,000 prize.


Nigerian author Adichie won in 2007 for her story, her second novel, set during the Biafran War of the 1960s.
Adicihie said she was "grateful and happy", adding: "This is a prize I have a lot of respect and admiration for."

The 38-year-old novelist continued: "Over the years it's [the Baileys Women's Prize for Fiction] brought wonderful literature to a wide readership that might not have found many of the books.
"I have a lot of respect for the books that have won in the past 10 years and also for the books that have been shortlisted - I feel I am in very good company."
Other winners of the Baileys Prize from the last decade include Zadie Smith for On Beauty, Rose Tremain for The Road Home and Eimear McBride for A Girl is a Half-formed Thing.
This year, Ali Smith won for How to be Both.
The winner of Best of the Best of the prize's first decade the first decade in 2005 was Andrea Levy's Small Island, which won the main title in 2004.
Established in 1996, the Baileys Women's Prize for Fiction - first known as the Orange Prize for Fiction - is awarded to the best novel of the year written by a woman. Baileys took over sponsorship in 2014.

Adichie's novel was chosen by the chairs of the judging panels from the last 10 years. They included the novelist Joanna Trollope, actresses Miranda Richardson and Sheila Hancock and broadcasters Fi Glover, Kirsty Lang and Muriel Gray.
Gray, who chaired the judges the year Adichie won the Baileys Prize, said: "While it's sometimes pompous to call a book 'important', it's appropriate to say it of Half of a Yellow Sun.
"For an author, so young at the time of writing, to have been able to tell a tale of such enormous scale in terms of human suffering and the consequences of hatred and division, whilst also gripping the reader with wholly convincing characters and spell-binding plot, is an astonishing feat."
Half of a Yellow Sun tells the story of the Nigerian war through the eyes of three characters: Olanna, a young woman who abandons her privileged lifestyle to live with her university professor lover, the shy English writer Richard and the poor village boy Ugwu.

The novel was also named as Radio 4's Woman's Hour listeners' Best of the Best in a vote held on the programme's website.
Adichie's other books include Purple Hibiscus from 2003, which won the Commonwealth Writers' Prize.
Her latest work, Americannah, was published in 2013 and won US accolades including the National Book Critics Circle Award for Fiction and The Chicago Tribune Heartland Prize for Fiction.
In the UK, it was also shortlisted for the 2014 Baileys Women's Prize. And it's being turned into a film starring Oscar-winning actress Lupita Nyong'o.
The Baileys Women's Prize for Fiction is open to any woman writing in English - whatever her nationality, country of residence, age or subject matter - is eligible.
The winner of 2016 award will be named on 8 June, for novels published in the UK between 1 April 2015 and 31 March 2016.
Posted by Unknown at 8:52 AM